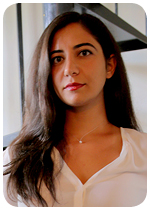 Natasha-Christina Akda is Founder and Lead Counsel of The NCA Group where she advises businesses and organizations in the arts, private enterprise, and the non-profit sector on considerations and issues arising from corporate structuring, conventional and alternative financing, strategic development, regulatory compliance, and government affairs.

Current clients include a variety of domestic and international entities with business interests in both local and foreign markets. Natasha’s clients also include a number of innovative and ground-breaking entrepreneurs and non-profit organizations such as NaTakallam, Baibakov Art Projects, and the Art in Exile Foundation. By partnering with organizations such as General Assembly through the NCA Start-Up and Small Business Initiative, Natasha further assists entrepreneurs by empowering them to make knowledgeable legal business decisions and engage in business with confidence.

Prior to establishing her own practice, Natasha served as in-house counsel for Blue Pearl International Energy Holding PLC, a start-up renewable energy company based out of the U.K, where she provided strategic and legal guidance to company executives during negotiations with foreign sovereigns in the Middle East. Natasha subsequently assisted DC-based investment advisory firm Taylor-Dejongh in the establishment of their Islamic Finance practice in the Energy & Infrastructure Project Finance industry.

Natasha also frequently engages in pro bono work. She has assisted victims of human trafficking in the United States seeking civil and criminal damages against their traffickers under the provisions of the Trafficking Victim’s Protection Re-Authorization Act (TVPRA) and has provided support to legal teams pursuing litigation on behalf of Bagram and Guantanamo Bay detainees seeking redress and accountability for torture and religious abuse while in U.S. custody.

Natasha serves on the boards of The American Task Force for Lebanon and The Rene Moawad Foundation and is a member of the Layalina Productions Advisory Group and Meridian International Council on Women’s Leadership.

Natasha received her Bachelor of Arts in International Affairs, with a double concentration in the Middle East and International Economics, as well as her Juris Doctorate from the George Washington University. She is a Member in Good Standing of the New York State Bar and is proficient in Arabic and French.