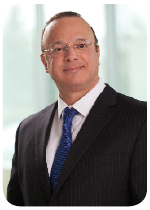 Chairman of the Board

Dr. Paul F. Boulos is a highly dynamic engineering and technology business leader and philanthropist. He served as President and Director of MWH Global (until its sales to Stantec in 2016), one of the world’s leading environmental engineering and construction firms, with more than 7,000 employees in 35 countries and annual revenues of $1.6 billion. The company has long been considered one of the world’s top three experts on power, water and wastewater issues. He also founded and served as Chairman, President and CEO of Innovyze, the world’s leading provider of water infrastructure management technology (nearly twice the size of its largest competitor), and led its ownership transition and sales to a private equity firm.

Professionally, Dr. Boulos is one of the world’s foremost experts on water resources and navigation engineering and the author of ten authoritative books and over 200 technical articles on issues critical to the water and wastewater industry. He has received numerous honors and awards, including notable technical awards for excellence in scholarship from the American Water Works Association, the Environmental Protection Agency and the American Society of Civil Engineers (ASCE); the ASCE Parcel-Sverdrup Civil Engineering Management Award; the ASCE Simon W. Freese Environmental Engineering Award and Lecture; the University of Kentucky Hall of Distinction; the Lebanese American University Distinguished Alumni Award; the Ray R. Irani Pride of Heritage Award from the Lebanese American Foundation; and the U.S. Ellis Island Medal of Honor, among many others. He was awarded Honorary Diplomate status by the American Academy of Water Resources Engineers (AAWRE) and Distinguished Diplomate status by the Academy of Coastal, Ocean, Port & Navigation Engineers (ACOPNE), the top honors for both Academies. He was also elected to the grade of Distinguished Member of ASCE, the Society’s highest honor; to the European Academy of Sciences and Arts, one of Europe’s most prestigious scientific organizations; and to the National Academy of Engineering (NAE), the highest professional distinction accorded to an engineer.

A passionate voice for the next generation of engineers, Dr. Boulos serves as Chairman of the Advisory Board for NAE’s Center of Engineering, Ethics and Society; the ASCE’s Industry Leaders Council; the Advisory Boards for the Center for Buildings, Infrastructure and Public Space at Columbia University and the Environmental Engineering Science Program at Washington University in St. Louis; and the Board of Trustees of AAWRE and ACOPNE. He has been a member of advisory boards and councils for many organizations including the Corporate Advisory Board of the University of Pennsylvania, Wharton Initiative for Global Environmental Leadership; the Buck Advisory Council of the Buck Institute for Research on Aging; the Arab American National Museum, the Dean’s International Council of the Harris School of Public Policy Studies at the University of Chicago; the Board of Directors of the American Society for Engineering Education Corporate Member Council; the Board of Directors of A Precious Child; the USEPA Science Advisory Board; and the External Advisory Board of Civil Engineering Department at the American University of Beirut.

Dr. Boulos has a B.S. in general science from the Lebanese American University, as well as a B.S., M.S. and Ph.D. in civil engineering from the University of Kentucky, and has completed the Advanced Management Program at Harvard University. He resides in Colorado with his wife, Katya.