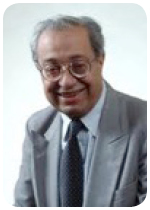 As a journalist, Maksoud was senior editor of the daily Al-Ahram in Cairo and editor-in-chief of Al-Nahar, an Arabic-language weekly published in Beirut. He is the author of several books on the Middle East and developing countries, including The Meaning of Nonalignment, The Crisis of the Arab Left, Reflections on Afro-Asianism, The Arab Image, and Arabism in the time of loss.

From 1991 until 2011 he taught classes on the Middle East, Global South issues, international organizations and preventive diplomacy at American University’s School of International Service and the Washington College of Law. He also served as the director of American University’s Center for the Global South. The center examines issues affecting the developing countries of the world, characterized as the Global South, and has hosted forums at the UN conferences in Beijing, Copenhagen, Cairo and Istanbul. Married to the late Hala Salaam Maksoud.