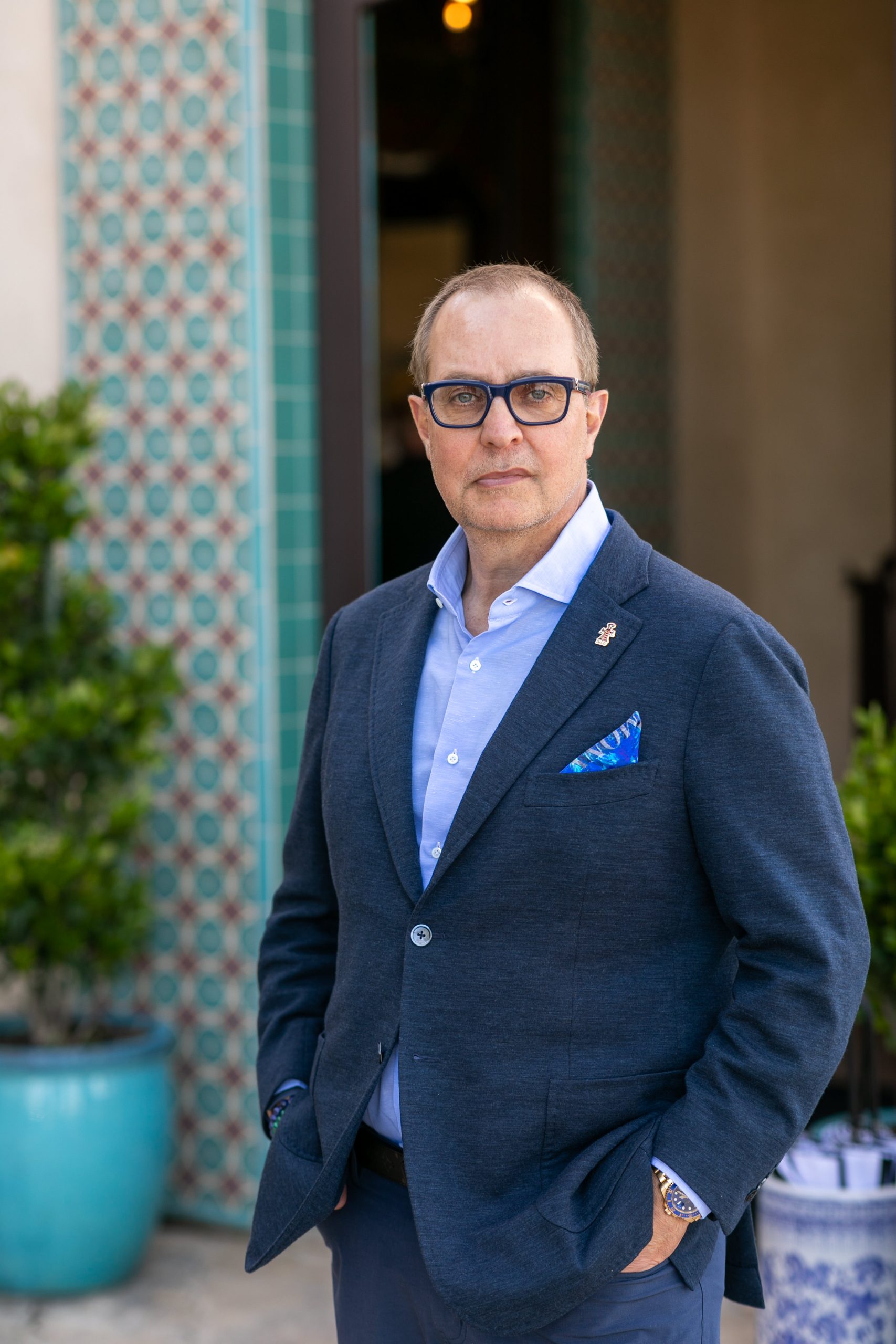 Daniel J. Daou, the co-proprietor of DAOU Family Estates in the Adelaida District of Paso Robles, is a renowned winemaker known for creating the luxury Cabernet revolution in Paso Robles.

Growing up the larger part of his childhood in France, Daniel developed a love for wine at a very young age. He immigrated to California to attend the University of California San Diego where he earned a Bachelor of Science degree in Computer Engineering. At the young age of 21 years old, he co-founded DAOU Systems with his brother which became the leader in Hospital Systems Integration within 10 years. After taking his company public in 1997 and having it be the 5th best performing IPO that year, he decided to retire to pursue his dream of becoming a winemaker.

Daniel is a true visionary who saw the immense potential of Paso Robles and the legendary terroir on what is now DAOU Mountain. A trained engineer with an artistic eye and palate, Daniel’s highly rated and revered wines have been declared by the world’s foremost wine critics as “rivaling the best wines in the world”.

Daniel is the first and only winemaker to receive 100 points on Bordeaux varieties in the Paso Robles region. With the highest scoring Cabernet Sauvignon in the Central Coast region, Daniel’s track record of impeccable quality in the fine wine world continues to garner accolades from both critics and consumers alike. Consistently scoring at the top of peer-to-peer rated apps, the swell of support for Daniel and his wines has extraordinary momentum and the wines are allocated in all channels.

Daniel truly believes in the Paso Robles region, and founded the Paso Robles CAB Collective, a grassroot, non-profit organization of winemakers designed with the belief that the Paso Robles AVA can produce wines that are worthy of international acclaim and able to rival the best Cabernet Sauvignon wines in the world.

“It has been proven that the phenolics on DAOU Mountain, in the heart of the Paso Robles’ prestigious Adelaida District, are among the highest in the world. This speaks to the wines’ depth of hue, potency of flavor and tremendous structure. Daniel Daou has, from the beginning, led a pioneering effort in Paso Robles to create Bordeaux varieties in an inimitable style.” — THE TASTING PANEL, FEBRUARY 2021

“Anyone doubting the quality that can be achieved in Cabernet Sauvignon from Paso Robles owes it to themselves to try one of these wines.” — JEB DUNNUCK. SEPT. 2021

“In pursuit of excellence, no expense is spared at Daou. Think of it like a Michelin three-star restaurant: no detail goes unnoticed and no shortcuts are taken. Daniel is meticulous in the vineyard, winery and cellar.” — WINE ADVOCATE – JANUARY 2020

Selected as Top 10 Cabernet Sauvignons tasted in 2019 out of a thousand bottles. — WINE ENTHUSIAST – JANUARY 2020

“Paso Robles Might Just Rival Napa when it comes to Reds”…” Bottles of its (DAOU) Cabernet Sauvignons are now regularly earning critics’ scores in the mid- to high-90s and competing with the best of California —and France.” — ROBB REPORT – MAY 1, 2019

“As I’ve said in the past, these wines compete with the best of Napa Valley and are some of the leading Bordeaux blends from Paso Robles.” — JEB DUNNUCK – NOVEMBER 2018

“Brothers Daniel and Georges Daou’s deeply flavored, expressive, polished wines are consistently at the top of the Paso Robles heap of Bordeaux-inspired wines. They can stand toe-to-toe with the best that Napa has to offer, as I have experienced a number of times in blind tastings.” — VINOUS – NOVEMBER 2018

“Paso Robles..is showing steady gains, delivering quality that matches volume and producing stars such as DAOU Vineyards, from brothers Georges and Daniel Daou, whose Cabernet Sauvignon… is one of the winery’s highest-rated bottlings to date, rivaling some of the best from Napa.” — WINE SPECTATOR – AUGUST 2017

“A growing number of Paso Robles vintners are proving that world-class Cabernetis not exclusive to Napa Valley, and this bottling from Daou emphatically makes the point.” — CONNOISSEUR GUIDE TO WINE – APRIL 2015

“..it’s the finest 100% Cabernet Sauvignon I’ve tasted from Paso Robles and it will stand toe-to-toe with the best coming out of Napa.” — ROBERT PARKER’S WINE ADVOCATE – AUGUST 2015