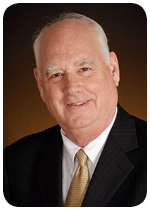 Philip has a BA in Sociology from Muskingum University and an MA in Anthropology and Near East Studies from the University of Michigan. As a Junior Year Abroad student, he attended the American University in Beirut for one year.

For the past thirty-five years, he has worked with international nonprofit organizations as country office director, program planning and evaluation specialist, and senior executive. He played a formative role in establishing Save the Children’s programs in Egypt and Jordan and ANERA’s programs in Lebanon and Jordan. As Vice President at ANERA, he travelled frequently to Lebanon, Jordan, and West Bank/Gaza to oversee relief and development projects there.

During the course of his career as a humanitarian, Philip has performed short-term consulting assignments in a dozen countries in Africa, Asia and the Former Soviet Union. In addition to Lebanon and West Bank/Gaza, Philip has lived in Egypt and Tunisia.

He has taught courses on the Middle East as part of Howard Community College’s Program of Continuing Education. He is married to Maha Malek Davies and has three adult sons. Philip is proficient in both French and Arabic.