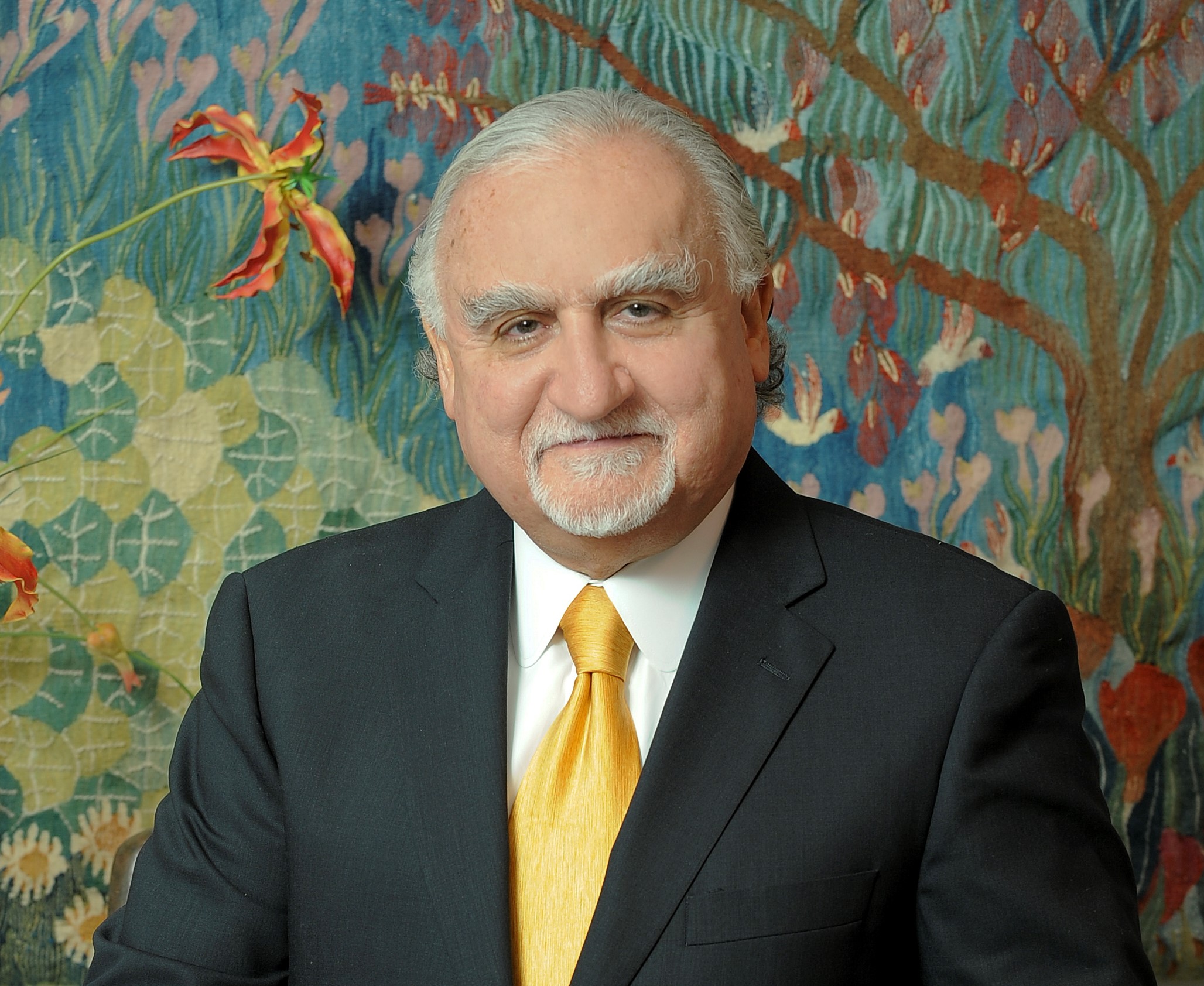 Dr. Philip A. Salem, physician, researcher, educator and international statesman in cancer medicine, serves as Director Emeritus of Cancer Research at St. Luke’s Episcopal Hospital in Houston and is the President of Salem Oncology Centre. Prior to his appointment at St. Luke’s, Dr. Salem served on the faculty of M.D. Anderson Cancer Center as a professor of cancer medicine and research. In March 2010, St. Luke’s announced the establishment of a cancer research chair in his name to honor his contributions to cancer medicine and as “a lasting tribute to his leadership and vision in the field of oncology”. In 2017, Baylor St. Luke’s Medical Center established the “Philip Salem Annual Oncology Lecture”, an additional tribute to his contributions.

Dr. Salem is the recipient of many awards from all over the world for his contributions to cancer research. In the early 1970’s he was one of the first researchers to demonstrate that a chronic infection in the intestine may eventually lead to the development of cancer. His work on Immunoproliferative Small Intestinal Disease (a form of intestinal cancer), and the relationship between infection and the development of intestinal cancer has become a classic in modern medicine.

He is an active member of the top three cancer organizations in the world: American Society of Clinical Oncology (ASCO), American Association for Cancer Research (AACR) and European Society of Medical Oncology (ESMO). In the last 15 years, he was selected annually in the editions of America’s Top Doctors by Castle Connolly. Because of his stature and impact on cancer research, he was invited to serve on the editorial boards of several prestigious cancer research journals.

Besides his contributions to medicine, Dr. Salem has made major contributions to America. In the early 1990’s he served on a healthcare advisory committee to the White House. In 1994 he received the Republican Senatorial Medal of Freedom, and in 1998 he was awarded the Ellis Island Medal of Honor for his “exceptional humanitarian efforts and outstanding contributions to American science”. In 2006 he was honored as ‘The Scientist of the Year’ by the National Italian Foundation for the Promotion of Science and Culture, and he was decorated in a special ceremony held in Rome, Italy.

Dr. Salem is a renaissance intellectual and writer. He is the author of many editorials on Lebanon and he has published extensively on Arab affairs. In the year 2000, he was awarded the Khalil Gibran International Award by the Arabic Heritage League in Sydney, Australia. In May 2000 he was selected the ‘Arab American of the Year’ by the Arab Community Centre for Economic and Social Services (ACCESS) in Dearborn, Michigan. On July 1, 2010 The Lebanese American University in Lebanon bestowed upon him an Honorary Doctorate in Humane Letters for his “contributions to medicine, Arabic literature and philosophy”. For the same reasons, another Honorary Doctorate in Humane Letters was bestowed up him by the Notre Dame University of Lebanon on July 12, 2013

Eleven books have been written about Dr. Salem, and he personally has authored another three books: In July 2004, a book in Arabic entitled, “Philip Salem – The Man, The Homeland, The Science”, authored by Peter Indari, an Australian journalist, was launched. In December 2012 a book in English entitled “Cancer, Love and Politics of Hope – the life and vision of Philip A. Salem M.D.” authored by Frances Mourani and Boutros Indari was published by Quartet Books in London. In January 2013, a book in Arabic entitled “Philip Salem the Rebel, the Scientist and the Humanist”. Authored by Maha Samara, a Lebanese journalist was published in Beirut by Dar Al Saqi and Dar Annahar. In 2014, a book entitled “Philip Salem: by their Pens”, Edited, by Assaad Khoury, published in Beirut, Lebanon. In July 2014, a book authored by Mr. Antoine Noujaim entitled “The call for Hope, in the philosophy of Dr. Philip Salem”. Published in Arabic by the Art, Sciences & Technology University in Lebanon. In September, 2016, a book entitled “From the Golgotha of Cancer to the Resurrection of Lebanon” is authored by Dr. Philip A. Salem, and published by Notre Dame University Press in Lebanon. In June 2017,a book entitled “The Message of Lebanon and Its Meaning” ( Arabic) , authored by Dr. Salem and published by Hachette-Antoine was launched in Beirut. In June 2018, Dr. Salem published a book by Quartet Books Ltd., in London entitled “Defeating Cancer – Knowledge Alone is Not Enough”. It crystallizes the experience of Dr. Salem 50 years in cancer treatment and research. In December 2018, a new book entitled “The Scientific and Human Dimensions of Separation of Religion from State”, authored by Mr. Jean Dayeh, was published in Arabic. The book is the vision of Dr. Salem as to the necessity of separating religion from state in the Middle East, and the use of such separation as a tool against terrorism. December 2019, a book entitled “Knowledge leads you to God” was published in Arabic by Meouchi Publishing House in Beirut, Lebanon. The introduction to the book was written by the Cardinal Patriarch Bechara Boutros al-Rahi, the Maronite Catholic Patriarch of Antioch. In sepetember 2020, an Arabic book was published in Beirut, Lebanon on the occasion of the Centennial of the state of greater Lebanon, Entitled “Lebanese Nationalism in the vision of Philip Salem” . Authored by the journalist Mr. Assaad Khoury.