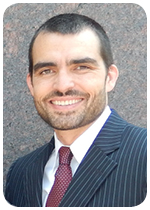 Tim Clinton is the founder and managing partner of Clinton Brook & Peed, a boutique litigation firm with offices in New York and Washington. He has thrice been named “Top 40 Under 40” by the American Society of Legal Advocates, and twice selected a Rising Star by SuperLawyers Magazine.

As a former BigLaw litigator, an entrepreneur and an in-house general counsel, Mr. Clinton has a broad range of experience to help his clients navigate through some of their most challenging legal issues. Mr. Clinton is capable of ably handling many types of litigation, appellate, and arbitration matters as well as a range of business transactions and advice.